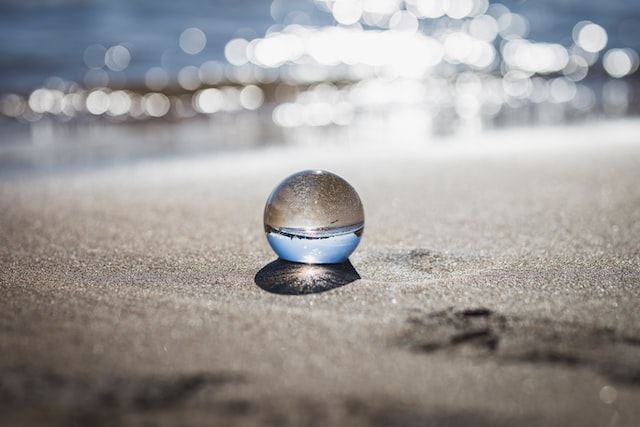 Image by Dan DeAlmeida on Unsplash

A long, long time ago, I had a lovely colleague, (let’s call her Jeanne), who had a similar role to me, except she was head of a different office in our consulting firm. She was a bit older than me, and had had all of her three kids before I had my first. She was my wise senior peer – able to calm some of my concerns about coming back to work after having a baby. She said things like, “You’ll feel like you will never catch up. And the truth is, you won’t – you won’t ever catch up on everything that happened while you were gone. But it won’t matter – not really”.

I also remember Jeanne for another of her skills – which she called, “relativiser les choses” – or (and I always think English lacks a good word for this) – “keeping things in perspective” or “focusing on what actually matters”.

Yesterday I got locked out of my house. In that, I went for a walk with the dog, and when I came back a mere 30 minutes later, could not get back in. Despite having the keys with me. The keys did not function. The door lock would not co-operate. I was in the middle of the final day of a six-day programme I have been participating in these past months, and we were drawing to a close.

I tried the door again. No joy. My brain was flummoxed. Uncomprehending. I tried to shove the door. Spoke to the door handle kindly. Blew warm air into the keyhole. Abracadabra-ed and “Open Sesame-d” it into action. I even tried Harry Potter’s “Reparo!” Nothing worked.

My mind did what it did when flummoxed. It sought action-oriented solutions. But first it activated the superpower (*).

Send note to learning group saying not to worry if I don’t show up – “I am stuck outside”.

(I was very grateful not only to have my phone with me – I often don’t take it when I walk the dog – but it was quite well charged).

Try the back door. You never know, it might have been left unlocked. It happens.

Think of who, in the neighbourhood, has copies of my house keys. But only those who have a back door key might be useful, as an additional front door key is not going to help matters. (Spoke with Medjool and also my sister. My sister had an old front door key, but also a back door key. And Oh joy! She was even at home! Raced to my sister’s to collect key – a 30 min or so round trip. I took advantage of her loo as I was getting quite desperate and hadn’t quite resorted to peeing in my garden in broad daylight).

Call the people who installed the door three years ago, and who happened to come this week to readjust the hinges. Perhaps they had a technician in the area who might – I don’t know – be able to magic it open? Perhaps they had skeleton keys that worked on all their doors.

(They didn’t have anyone in the neighbourhood, and willed instead that I would be able to get in through the back door. They would come next week if there was still an issue).

(I couldn’t get in through the back door, despite my sister’s keys – the key inside the lock on the other side being an obstacle).

It was chilly but still light.

Damp but not raining.

I didn’t have any money or credit cards, but I did have my phone.
I had my dog, but he’d be getting hungry soon.

I wracked my brain.

Found a number thanks to Google, and called it. Then waited. For quite a while. A couple of hours.

My niece arrived from London. She was hungry so I sent her off to the village boulangerie and suggested she hang out there in the warmth. I needed to stay at the house. Cuddling my dog kept my fingers from falling off with the cold. He has lovely warm armpits, just like we mammals do.

I used my phone sparingly, not wanting to run down the battery too much.

I had an update from my lovely Ukrainian family – the ones who lived with me for a while, and who then stayed in another friend’s empty house in the village for six months, before leaving 2 months ago for Poland, wanting to be “culturally closer to home”. In the two months that they have been gone, they have moved about 6-8 times that I know of. About every week or two. Today they moved again, and I got one of the “funny-not-funny” videos the mumma compiles of them packing up their cases and bags, and stuffing them into every nook and cranny in their car. Their trusty Kia – a second home of sorts.

I wrote back saying how sorry I was they were on the move again.

I let her know too, because she likes updates from life in the village, that I was stuck outside with the dog, unable to get in. I knew she would be able to picture the scene vividly.

And I added, that while it was a bit annoying, I was very confident that I would be able to sleep in my own bed that night. And that I was very aware that they would not be so lucky.

She then sent me video clips of their town in Ukraine being bombed. I could see the blue sky. The autumn colours in the trees. Then I saw bombs falling from the sky on to buildings and fields on the outskirts of town. Plumes of smoke rising. And cars just carrying on driving along the roads. People visible, walking, but not even seeming to panic.

I felt so keenly aware of my fortune of being simply locked out of my house in the garden. Knowing – truly knowing – that one way or another, even if I had to throw a brick through a window, I would get in before too long. That it was sort-out-able. That even if it was a bit of an irritant, something like a splinter in my finger, it was no more serious than that.

Whereas she, her husband, and their two children were on the road again. Yet again. Driving from host house to hotel to host house to refugee centre. While their city, where they once had a pleasant, loving, caring, normal life, was being bombed.

“Will this matter in five minutes?”

“Will this matter in five hours?”

“Will this matter in five days?”

“Will this matter in five weeks?”

“Will this matter in five months?”

“Will this matter in five years?”

“Will this matter in five decades?”

That is how I “relativiser” all the unforeseen bumps that pop up in my life.

None of it much matters.

Unlike the climate crisis.

So, I might as well just stay calm about everything else.

(Turns out someone came to the house while I was out walking the dog and tried to break in… damaging the bolt in the process. So now I need to call the police to get a statement. Another annoying irritating splinter, but, whatever. No biggy).