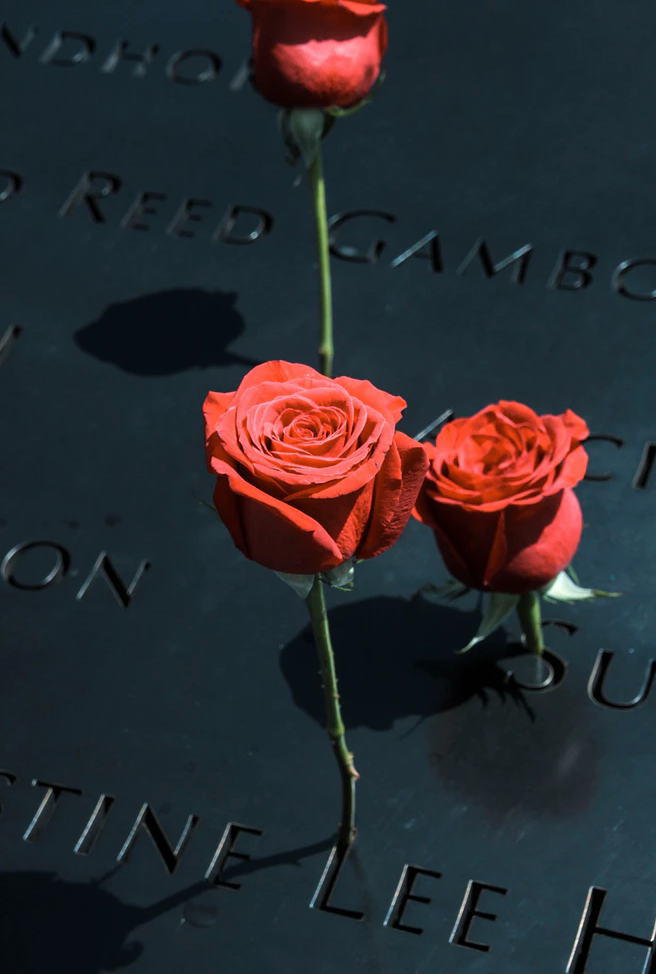 I was with Mike, two-year old Ben and almost five month old Megan in the “arch of the heel of Italy”, at the one and only Club Med holiday we had. I had been back at work for about 6 weeks after my maternity leave, and I was interested in losing my excess weight and getting back to fitness. (Oh the simple goals of my life back then).

The holiday resort was way too organised for my liking (Set mealtimes. Seriously?!) but I remember the time fondly. The kids, even baby Megan, had access to childcare, freeing me and Mike up for some exercise and much-needed couple time. I remember doing some violent aerobics to the music of Tom Jones, some gentle running, lots of swimming, and even some Trapeze. Yes, I flew through the sky.

As we walked back with the kids in our arms at about 17h00 local time that day, we saw people congregating around a TV in a communal area we hadn’t spent time in. Doing our best to understand the Italian news, and speaking with people around us, we learned what had just happened and what was unfolding. I can easily bring to mind Paul, a Franco-British man from Lyon we had befriended, and with whom we spent hours chatting and digesting the news, over the intensity of that week. I would probably have forgotten him by now, but the neurones in that part of my brain fire together.

Roll on a few years, and while 9/11 was forever associated with the events in the US of that day, it also became associated with a dear friend and yoga teacher’s birthday. She had learned that I made my own birthday cake each year. That birthdays were fundamentally important to me. That my life was rather busy. That I didn’t much like store-bought cakes. And that with Mike working away in Bern or Zurich during much of the week, the easiest way for me to have a festive feel to the day was to bake my own cake and eat it while drinking champagne in the garden with local friends. In March. Whatever the weather.

My friend said that she also made her own birthday cake, for not dissimilar reasons. “Well…”, I suggested (or she did – I forget who first offered) …”Let me make you a birthday cake for your birthday, and you can make me mine!” It was a deal. And her birthday was/is 11th September. A powerful date indeed, and of course, super-easy for me to remember my cake-making commitment. The practice has dissipated for myriad reasons, including my many deaths and her moving away, but I remember it’s her birthday. Happy birthday, N. I miss our friendship. I am still crap at yoga. And I hope someone makes you a lovely cake today. I am back to making my own.

Roll on a few more years to 2015, and 11th September is the day that Don died. Six years ago today. The man I call my “best platonic male friend”. The first of the four big, out of order deaths in my recent lifetime. I had last seen him, thanks to his family’s gracious permission for me to join them on holiday, at the end of August. It was a tough time already for me and my extended family, as my brother Edward had just been given the prognosis of “2 weeks to 2 months to live”.

I took myself away to Mallorca to spend precious time with Don and his family, had some conversations with him that touched me deeply and that I will always remember, and looked back towards him for the last time as we parted at the airport to fly in our different directions. I can bring that moment, all of those moments, to mind, in an instant.

News of his death came just days later, on 11th September. Each year on this day since then, I remember to send a small contribution to his girls’ education fund. I remember his wife, his girls, his sisters and his parents. And I give a deep nod too to Don’s first wife, because she is the one (along with Mike) who enabled my deep friendship with Don. I have learned that the rarity of deep, platonic male-female friendships is often due to protectiveness – or even jealousy – in the primary relationship. Such a pity. Such a loss of deep and healthy friendships as a result.

I miss Don a lot, still. I hope he is having good conversation over excellent red wine with Ed, as he promised he would, in those weeks and days before he died. And he’d better bloody be hanging out with Mike. And making Julia laugh too, please, with your deep, guttural, throaty chuckle. That I hear right now. Still.

And so to 2021. Twenty years on. I wonder about the lives of the thousands of spouses, girlfriends, boyfriends, parents, children, siblings, aunts and uncles, cousins, friends and colleagues affected by those deaths that day. Being widowed now, and having lost a dear friend, and a brother, and a child, I know something of what those thousands of people must have experienced. Of the gut-wrenching, sickening, vomit-inducing pain of loss.

I have met a couple of 9/11 widows thanks to the Soaring Spirits community. I don’t know them well, but I was struck by their spunk, zest for life, resilience, beauty, gratitude and joy. I suspect they were in their late 20s or early 30s when their husbands died. I cannot imagine having had the skills to do what is asked of a widow at that age. It is still beyond my ken. And I can imagine a lot by now. I was just 18 months widowed at the time I met these two women and heard them speak. And I was starting to feel that perhaps maybe one day I might be able to re-emerge into a life that had more living in it. I was making some much needed new friends, capable of stepping into some of the vacuous vacuum that seems to come post-death as everything slips away in a landslide of loss. I was starting to do bits of paid work here and there. And I learned something of the on-line dating world, which served me well some 4 months later as I started to dabble with meeting Medjools.

These widows gave me hope. They shone a light on the path.

They said “Yes, it sucks, it hurts, and it’s going to hurt for a long time. Possibly always”.

They said, “You will always miss your person”.

And they said, “And you can still live and love life, and we are here with you, for you”.

Suddenly it felt that at last someone was speaking the whole and complete truth.

And so today, for all that has happened on 11th Septembers, and all other days before then and since… for all the loss and devastation people and the world have experienced since the beginning of time…

I salute those who shine a light, who have walked, and are still walking, the path of Grief. Who live and love life despite it all. And who offer hope for those coming, heels digging in the ground, behind.

Your company is vital.

Your faith is life-giving.

Your wisdom is precious.

Your hope is priceless.

Your love is infectious.

I bow deeply to you, to your courage, your resilience and most of all, your love.

Today, and all days.