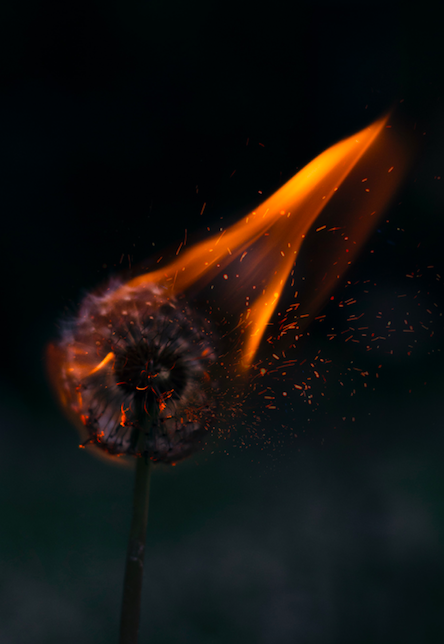 Main picture by Henry Be on Unsplash

The notion of categories has come up for me a few times these past days and weeks. Categories and rating scales. I am far from being an expert in measurement but I have designed myriad surveys in my professional decades, and even contributed to psychometric tools where really accurate measurement has to be a tad more thought-through.

I’ve appreciated the shift to measurement scales that help normalise “shameful” behaviours, beliefs or status. Such as the ones designed to get teenagers (and indeed anyone) talking about cutting, sexual activities, depression, suicidal ideation, eating issues, and a host of other behaviours that put them “at risk”.

I saw a film some weeks ago, in the brief “Entr’acte” when the cinemas were open again, called “Never Rarely Sometimes Always”. It was about teenage pregnancy and late stage abortion, and the title came from where the one, single, caring adult figure in the entire film was trying to get our protagonist to talk about her sexual history. The series of questions and the young woman’s answers revealed in an instant just how unsafe her entire life had been. Shocking, desperate, terrifying. A useful scale. A useful means to assess risk, even if there are no easy solutions at hand. Even if there is no solving or resolving of the trauma.

This weekend was Soaring Spirits’ Virtual Camp Widow event. V 2.0. I participated in as much as made sense, given my time zone being 9 hours ahead of PST where it’s based. I joined a Zumba class at 3pm my time on Friday (6 am California!) which was the perfect time of day for me for a shimmy and a shake; and stayed up till midnight my time on the Saturday night, participating in one of the “workstreams” that I was a co-presenter in, along with my other fellow writers. It was good. As good as anything is in multiple losses and widowing land. The only place I know where I can laugh and cry in the same sentence and not be judged for it.

When I went to my first Soaring Spirits conference live, in Toronto in November 2018, there were beautiful, colourful ribbons you could stick on your name badge to show how long ago you had been widowed.  From 1, 2 and 3 months right up to 20+ years. For up to 2 years, you could be very precise – 3, 6, 9, 12 months, maybe 15 months, 18 months, 24 months. I selected 18 months rather than 24 months when I attended, as Mike had been dead for 19 months at the time, which felt nowhere near 2 years. These things matter. For each year up to 10 years, I seem to recall that you chose the actual number of years. 3 years or 5 years or 7 years or whatever. After 10 years I think there were five-year chunks – 10-15 years, 15-20 years, but you could always make it precise by putting two ribbons together. For over 20 years, you could also add another ribbon to reflect the specific time accurately.

I remember seeing one woman with a “20 year” ribbon and a “3 year” ribbon, and thought, with horror, that she might have been widowed twice – once 20 years ago and once 3 years ago. As I got to know her, I learned she was widowed once, 23 years ago. She lost her husband and her two (of two) kids that same day. I was touched by her desire to keep her widowing history true. And visible. It’s something that too often gets hidden away. I also learned at that conference that even if people were repartnered, or even remarried, they still wore their ribbons with pride. If not at Soaring Spirits, then where?

Back to this year’s Virtual Camp Widow, an interesting scaling I came across was for the workstreams designed for “newer” vs “older” widows. Not relating to age, of course, but recency. The “minutes-hours-days-weeks-months-years” since the death of your spouse.

Newly Widowed – Help for the first year of widowhood. (I am overcome with sobbing as I type this out – such a horror of a time to be newly widowed, and 2020, this year of all years.  A fuck-awful time to be widowed or lose a significant loved-one)

Middle Widowed – Hope and healing for those widowed 3-5 years. (Much of Soaring Spirits’ essence is about Hope, which, given that it’s one of my superpowers, is probably why I love and admire this community so much. This grouping felt like the right place to be for me, even if I still feel recently widowed)

And Seasoned Widowed – Community building for those widowed 5 years or more. The ones who hold up lights in the dark for the rest of us to see a possible next step ahead, and yet who recognise that they, themselves, still need support.

I know the organisers will have thought long and hard about the scaling language, terminology and definitions. When I went to Toronto, they emphasised that you determine yourself where you are in the timeline. “Whether you were widowed last month or a decade ago, if you feel newly widowed, go to the newly widowed workshops”. One of my bestie widows, widowed suddenly one May morning in 2015, and left with three kids aged 4 and under, felt “newly widowed” at the time of Toronto, despite it having been 3 and a half years. Of course. Just like I feel more “newly widowed” since Julia died, because every new loss brings back all of the older ones. Which is why I talk about Ed and Don. Which is why when my dog dies, I know I will howl and grieve in pain, because it will be more for Mike and Julia than for Black. I know this now. And it will do nothing to alleviate it when it comes. Which it will. Sooner than I want.

Back to categorisation. The category that jolts me, time and again, is the Civil Status one.

I have to fill out forms the whole time. Forms because Mike died. Forms because Julia died. Still doing death admin. Always having to tick my Civil Status. There is no Civil Status for me and my losses. Marital status does nothing to encapsulate my life. I hate ticking the Widowed box. I hate being at the end of the scale. What’s after the Widowed box? Dead. Well yes. Not that that bothers me. It just bothers me that the language is so final. So definitive.

I’d rather tick the Single box but don’t know if I am allowed to. I should look it up. Or ask at the town hall. They’d look at me with empathy. They are so good to me. They know I hate all of these forms, they practically fill them out for me when they call me in. Who’s to say that in time I shouldn’t just start ticking Single again, at least at some stage? I still very much feel Widowed, especially with Mike’s and Julia’s deaths in such quick succession, so it’s not that. I just don’t want it to be the last box I ever tick. It’s just so determining and final. And incomplete.

From my experience of ticking some of the other boxes over the years, I always felt there was an openness when ticking Single. And there was a lovingness and comfort when ticking Married. I have no sense what ticking the Divorced one feels like and have no intention of finding out. Liberating or Devastating depending on whether or not it was instigated by oneself or the other party, I imagine. And I do recognise that for many, “Single” will feel terrifying, and “Married” will feel like a weighty burden.

It feels so Reductionist. I just went to look up the precise meaning of “Reductionism” in case it’s one of those (all too frequent) words that I think I know the meaning of but actually don’t, not quite. But here both definition one, and especially definition two, capture what I feel precisely:

Minimise. Obscure. Distort. That is exactly it.

The complexity of my life is captured in a small tick box next to a word that makes my tummy turn over.