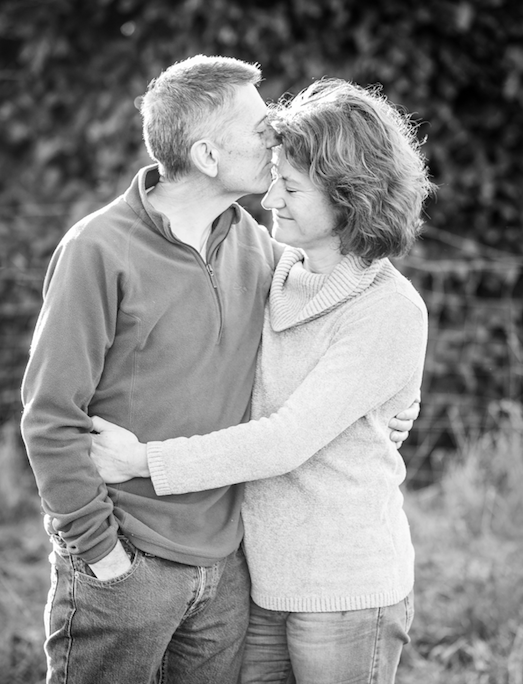 I am just back from a brave week of open water swimming in the waters of the La Maddalena Archipelago, off the north-east coast of Sardinia.

Brave because it’s the end of summer – indeed early autumn (we had three days of wind & rain, and four days of decent – albeit windy – sunshine)

Brave because with pools shut due to COVID, I haven’t done that much swimming since March, and this trip involved 5km per day

Brave because I’d be hanging out with a group of strangers, none of whom know my story/stories and therefore apparently innocent questions such as “do you have kids?” can go to a dark place pretty quickly

Things went well the first couple of days. In fact, over all, I had a lovely time and met some lovely people. The guides, Francesco and Giulia, were terrific. I could even love Giulia despite her having the same-ish name as my Julia. The different spelling was enough of a difference. I find other Julias hard to be around, though. Especially when they are my Julia’s age.

On the third night, pizza night, one of the swimmers, let’s call him Bruno, called over from two people away on the table and asked, “Hey, Emma – do you have children?” An innocent enough question. I am usually pretty prepared for the question, especially if it’s asked 1-1. My prepared answer is usually, “Yes – I have three children. Ben, Megan and Julia. Ben and Megan are alive, and Julia died by suicide last year”. It’s a mouthful. It’s hard. It’s my “honest truth” answer, if not the “whole truth”.

Being hollered at from two people away made the question hard. I prepared him – and those nearby listening. “That’s a big question for me. My answer is difficult to hear. Yes. I have children. I have three children. Two of them are alive, and one died last year”.

A short answer but still a mouthful. Said sort of on automatic. Big silence. And before the gaggle of questions could come – typically, “Why did she die? What of? How old was she?” Or worse, “How old are Ben and Megan?” – (rarely is the response, “Oh – I am so sorry”), I added the important whole truth pieces about Mike. I kept it brief. I mentioned Ed and Don for good measure as someone said – “oh – two deaths!” I wanted to put them straight. Four, not two. I don’t know why, other than I don’t want Ed and Don forgotten. Those losses are already big losses. Mike and Julia’s losses are inconceivable.

Bruno, the question asker, went into an non-habitual – for him – silence. So much so that after a few minutes stunned silence, I reached over, touched his arm and said, “I know it’s hard to hear all of that. And I still swim, and I enjoy swimming”, or something of that ilk. And for good measure, for everyone’s benefit, I added, “You might have seen me leave dinners before others, sit alone, take time out, spend time reading my book – that’s because I find groups hard. It’s my way of looking after myself while I am here”.

I don’t think Bruno recovered for a day or two. He certainly didn’t ask me any more questions. Nor did anyone else.

A couple of days later I had been thinking about not joining the others for dinner, (groups are so hard, even if my face is in the water for much of the day), and then chose to join as it was Bruno’s birthday. As we’d finished eating and some people were moving onto Mirto and/or dessert, I made my excuses, said I would go and pay my bill, and see them in the morning. I went back to the table to say goodbye, and Bruno raised his voice again over all others and said, “Emma – why do you always leave early?” I responded with the line I had said to him in particular most evenings – “I need alone time – I want to be on my own – It’s hard for me to spend this much time with people”. I thought he might leave it at that. After all, I was feeling like a broken record. I’d said it most nights by then.

But no. Instead he hollered (that really is the best word), “But Emma – you are so boring – always leaving early, always sitting on your own on the boat, always reading your book…”. I didn’t see red. I went icy cold and said through gritted teeth and clenched jaw – “Bruno – you ask me the same question every evening, and my answer is the same every evening. I have lost my husband, my daughter, my brother and my best male friend in just the last few years. I am doing my best here, showing up, being with you all day and much of the evening. It takes effort. It is hard work. I need space. And you do NOT get to say I am boring. That is the last thing I am”.

Ooh I was livid. NOT from being called boring. I couldn’t give two hoots about being boring. Call me boring if you want. I am not boring to myself and that’s all that matters to me. But from being SO unheard, ignored, unacknowledged, whatever, day after day, evening after evening.

My instinct goes to Mike and the nearly 30 years I had of him comforting me, holding me, agreeing when people were incompetent shits, siding with me, wiping away my tears.

Beautiful sweet Hannah, another swimmer on the trip, wrote to me while I was walking back, “Emma. Are you ok? Assuming you can’t actually be affected by anything Bruno says that much, since he is… well, Bruno. But just checking in?” and then “I have no words. I’m sorry. You are an excellent human and you deserve better than that. Are you going to be alright? Because if I were to skip ice cream and come and have a cup of tea and a chat instead then my tummy would thank us.”

So sweet. Kind. Present. She is all of 36. The youngest on the trip. So much more able, more capable, than people twice her age. So skilled. So observant. And not afraid to reach out to someone in their blubbering.

The next morning, after a shitty night’s sleep, I made a commitment to protect myself better from Bruno’s unwanted intrusions. I had prepared what I would say to him, and by the end of breakfast, when he said of me in Italian, “Oh – I think Emma must have fallen out of bed on the wrong foot this morning – ha ha ha”, I went over to him and said, “Bruno – I am furious at what you said last night. I do not want to spend time with you today. I don’t want to talk to you today. Please leave me be”.

I left the table and sat by myself at the window.

It has been a while since something this crass has happened. I am rarely in a group where no-one knows me, knows about me. I just don’t hang around groups of people for long any more. It’s way too much effort. I know that deep down Bruno was fond of me – probably too fond – and just wanting to make a connection. But his utter lack of skill, empathy, curiosity, witnessing, acknowledging… and his need to have me behave the way he wanted – I cannot tolerate that neediness, that one-way-ness.

At the end of the holiday, he said that he would like to swim the channel between Sardinia and Corsica with me – something I had expressed an interest in doing. I smiled and said, “Thank you and no thank you”. To pretend to be interested in doing it would have led to more contact. To tell a white lie about something else would have involved too much effort on my side.

It is not how I prefer to behave with clunky people. It is not how I want to treat people. AND at the same time, I NEED to get the message across, sometimes, that this kind of behaviour is not acceptable. I NEED to educate, and if it means I sometimes come across as callous and hard, so be it.

He came across as wholly callous, uncaring, brutal and oblivious to me. I think I deserve a bloody medal for not socking him in the face.

I have no solutions, no recommendations. But I feel fine being tough back when the message won’t get through.