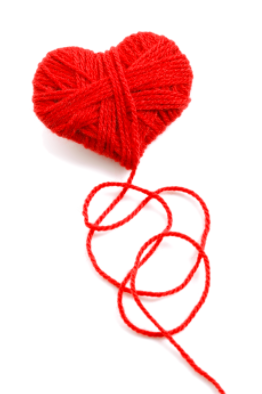 Love Threading Through My Week

Today’s – no – this week’s – topic is Love. As I sit and reflect on what to write about, as with last week, there seem to be lots of different topics. All interesting at some level, but not “enough” to make a blog post out of. So my next question is, “what connects them?” And I realise it is Love. And there will be more Love posts for sure.

I went back to the cinema this week. The real, proper, cinema, where you sit in comfy chairs and can eat popcorn. Or in my case, take in a Chupa Chups lollypop and a flask of herbal tea (and in winter, a cashmere shawl, but we are not there yet).

Since Mike died I have become adept at going to the cinema on my own. My perspective of seeing people in cinemas alone has made a radical shift over my lifetime from “poor lonely bugger” or worse, “weirdo” when in my 20s, to “good on you” in my 40s and 50s. Now I just head off. I often even prefer it. I get to truly be in my film bubble for a while.

“The Perfect Candidate” was less about father-daughter love, but it was there in the background, as was the dad’s grief over losing his wife, and the daughter(s) growing up without their mum. I like to see films set in Saudi Arabia and other parts of the world where women are striving for greater equality. It was “okay” – quite light even if against a serious backdrop. And eye-opening as I hadn’t twigged that women in Saudi Arabia were now allowed to drive alone in their cars.

Next was “Light of My Life” with Casey Affleck – eeringly relevant today as it’s set in a post-pandemic world where, in this case, all women have been wiped out. Stunning and powerful father-daughter love – the one good thing in their terrible world. And the power shift as the protector role began a subtle shift to greater equality. At least that’s my take.

And finally, “Roads not taken” with Javier Bardem and Elle Fanning which I felt was the best of the lot. Terrifying day to day reality superimposed on a backdrop of, often easier, earlier times, and the daughter wholly parenting her father as he loses connection with reality (dementia, I assume), except in his memories.

All of the films were unsettling. No happy endings to be found. (Except perhaps in Shine). Exquisite capturings of the shifts in love, life and relationships – innocence-evil, carer-cared for, story-reality, past-present. (There was no future in these films).

As I noticed the father-daughter love threading throughout the films, I reflected on Mike and Julia, even though their type of love, and my love for them, wasn’t what the films were talking about. I wonder what they are doing, how they are doing, what they are learning and showing one another. I wonder if they are indeed dancing together as a number of people tell me they are. I wonder about how Mike guides Ben and Megan as they continue to make life choices for the coming weeks, months and probably years.

I just wonder. I am left wondering. Wondering and pondering.  I don’t know anything. And I realise that that is true of those of us living too.

I also had a dose of girlfriend love from my best friend of 40+ years, Nathalie, doing a long long long bike event/race this weekend in Vermont. She sent me a recording of her singing “our song” while she was in the “support and gear car” for a bit – Cyndi Lauper’s “Time after Time”. We’ve spoken and written the lyrics to one another since we were in our final year of school (1984), and we both spoke them in our Best Woman speeches at each other’s weddings. The words still bring me to tears when I hear them. I always think of Nathalie then and become more than a little sobby.

Which brings me to a conversation last night with a 99-year old woman at the Maison de Tara. We talked about love. Love being what life was about. Love being the cause of and reason for all of life’s happiness and distress. Love being the main point of our lives. Loving oneself being in the “advanced curriculum” of life. And finally, and most compelling for me, she said, “Life is perfect. And life is malicious. Hold both of those and you will be able to navigate life well enough”. I truly hope for many more Sunday evening conversations with this pearl of a wise woman.