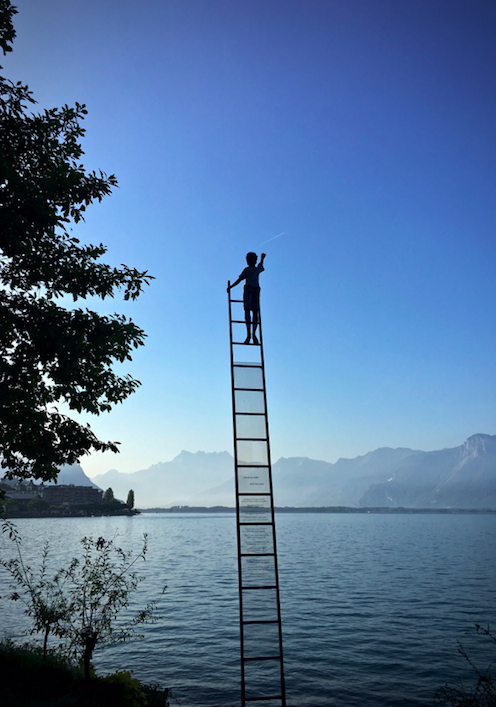 Incongruities of a Summer’s Day

Photo of Montreux by Armand Khoury on Unsplash

There’s a clear message there that I am not living sufficiently in the moment, but living months out in the future. I do realise that. There’s also something about the relentlessness of everything. Just living.

Some days are just so big though.

Yesterday, 21st June, was Mid Summer, the longest day, summer solstice. And still barely summer (June has been relatively chilly and wet for us in France so far, even if May was the hottest since records began).

It was long day. Relentless. Light for a long time.

Borders have recently re-opened. I went to visit a friend in Switzerland who has ALS. It’s tough. For her. For me. I know that disease. I know its arc. It’s not one I want to have. Much harder for her than for me of course. I read to her. I talked to her. I listened, but while I can listen, she can hardly talk. So hard, even if I know something of being with people who find it hard to communicate orally.

Then I went to Tara the hospice for the first time in 3 ½ months. Lots of changes there – from our newly updated hygiene practices to the residents who are there, to the team of volunteers. Grateful for what is stable at the Maison de Tara. Like the Wonderfully Warm and Welcoming Wendy. The stunning garden, lit up as if midday even past 8pm. The delicious soup & salad & cheese dinners. The fantastically interesting residents who are still capable of eating with us.

It was also Father’s Day in France and some other countries yesterday. Medjool bought an apricot tart for us which I left in the fridge for Ben & Megan. A note on it from him. And another one from me saying “Happy Father’s Day” since they no longer have theirs. No, Medjool is not their dad, and I don’t think he bought the apricot tart with Father’s Day in mind. And it was probably off both kids’ radars. But I joined the imaginary dots.

And it was also Fete de la Musique. The day where our village Sergy, and the rest of France – normally breaks out into music, puts on a concert or many. But not this Corona-ridden-year. No such gatherings in France.

As I drove from my friend with ALS to Tara, I drove along the shores of Lake Geneva. It was clogged with people. I had trouble seeing the distance between them. A gorgeous day. Mid-summer. People out and about, enjoying music. Enjoying swimming in the lake. Enjoying jogging along the shores. Enjoying being in the summer sun. Enjoying life.

But clogged. It felt all wrong. Not least being in my first traffic jam in over 3 months.

1 thought on “Incongruities of a Summer’s Day”