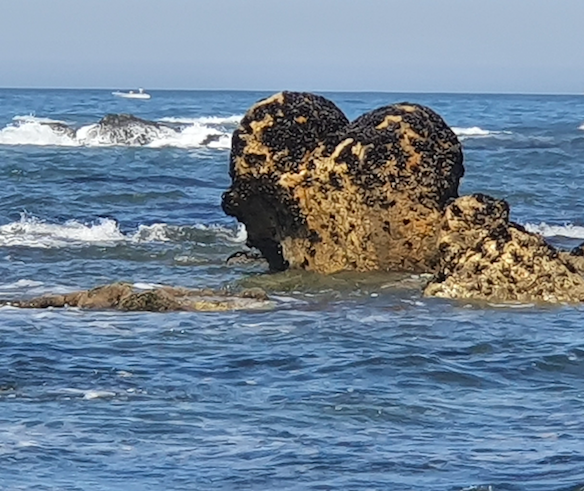 Yes. I know. I have a funny thing about time. And dates. I take time to reflect on time and what time is, or might be.

People say, “Time heals”. I don’t think that’s true either. I think healing is a choice, and you can heal from day one. Or even before. But it’s a choice. A choice to make over and over, moment by moment, day by day.

People also say, “It will get better”. I ask back, “What is the ‘it?’” My body’s aching? My fragile, hurting, bashed up heart? My quality of sleep? My engagement with life? My incessant fear about having another child die before I do? My roller-coaster emotions? What exactly gets better?

It’s all such hollow talk. Such shallow reflections. And totally useless. An abhorrent waste of time.

Here are some deeper – to me – reflections about time, post-loss.

Time doesn’t stop, but my relationship to time alters. Time carries on, and I am not carried with it. I am outside time. Watching time’s flow as if an observer. In a parallel universe. Living a parallel life. One that only vaguely resonates with my former life, in that some places and spaces and people feel familiar, but there’s no real engagement. Like Murakami’s 1Q84 series. Treading water in an underworld where angels fear to tread. Outside. Under. Alone. Yet forced to witness life moving on apace.

Time is lost, never to come back again. It’s not just people who are gone. It’s not just breath and health that are gone. It’s also that so much time now has to be used, spent, lost, wasted, drained on death chores, death admin, death duties, death writing, death organisation, death memorials. Life becomes filled to the gills with death. Time becomes full of death. Life breathes death. Days and time filled – for days, weeks, months, even years – with unwanted chores. Things I don’t want to do. Tasks I despise. Forms to fill in and boxes to tick that say “widow”. Or “2 kids alive” rather than “3 kids alive”. Or closing down bank accounts. Or shutting off cold-call conversations from callers asking to speak to Monsieur Kemp. “There is no-one by that name here”. Chores and death admin that no-one under the age of 150 should have to do. And then only with an army of support.

Time becomes warped, each moment so very long and drawn out, each second, minute, hour, day, week, month and year – countable, measurable on fingers, it seems. And then the shocking, obscene realisation, “Oh my – it’s been 3 weeks”, or “Oh my – it’s been 3 months”, or, “Holy crap – it will be 3 years in 2020”.  Each second, minute, hour, day, week, month has felt so stretched, so elastic, so long and warped. And yet so immediate, so heightened, so electrified and frazzled, so toppled, so concertinaed, into one. A year, two years, and now getting on for 2 years and 8 months, the elastic snapping painfully with the weight of bricks against my heart. If a day can feel so very long, how can a year or two or more feel so short? How have I survived this? How do I survive this? I don’t remember anything much. And yet I know intimately just how hard each breath is. It’s all so slow and long and heavy and painful. Where have I been? Where am I? Am I even living? How do I survive this? Or perhaps it’s back to the parallel universe. I feel to be an ancient, gnarled olive tree, hundreds of years old, bent by life’s forces, and somehow still producing something. How on earth do I survive this? And do I survive this?

Time’s patterns and sequences are relentlessly ruthless, whipping around with careless, callous indifference. Every day, every 24-hour period, come the reminders. 6h45, when Edward died on a Sunday morning. 15h05, the time of Mike’s last breath one Saturday in April. The midnight zone, between Sunday 30 June and Monday 1 July, when Julia was found but nothing was declared, nothing was known except by those with her at the time. All the times, all the dates, all the days, that are forever linked to shocking news, or worse. Every day has those times in them. Every month has those dates in them. Some months go straight from 30th to 1st, as June/July did. No 31st to soften the blow, to provide space to breathe. Just moving fast and furiously from one month to the next. Every year has a 27th July in it. A 30th March. A 22nd May. A 21st January. An 8th April. A 30th June. A 1st July. A 10th January. An 11th September. And that is just the births and deaths. I haven’t begun to write about the dates in October when Mike felt something was wrong. The dates in October and November when he had diagnostic tests. And results. The dates in November, December, January, February where he had chemo. The date in December when we made love for the last time, me knowing it was possibly the last time. The date in February when Mike decided, “no more chemo”. The date in March when the ambulance was called out at 7h05 as the kids had left for school because Mike thought he’d had a heart attack. The date in March, 20th, when Mike left home for the last time, to live out his last weeks at la Maison de Tara.

I have been in a funk these past two days. I have had lots of reasons not to be in a funk. I was in London for the weekend with the lovely Medjool. An early Christmas treat for him. But in the end I was in a funk. A time warp. Present, but not present. A time where the 30th of the month and 1st of the month crashed soundlessly into one another. Unnoticed except by me. Unnoticed except perhaps by other people who lost a love during the twilight zone. The funk so big that my body remembered the time, exactly 52 weeks prior, when I rushed to the UK to collect my hurting baby child from school, after she crashed and burned, just pleading to come home for a few weeks… “I will go back to school in January”. Instead it was hospitals and emergency rooms and psychiatric wards and medication and sleepless nights and so much more from then on out.

Just how do I survive this life?

1 thought on “It’s About Time”