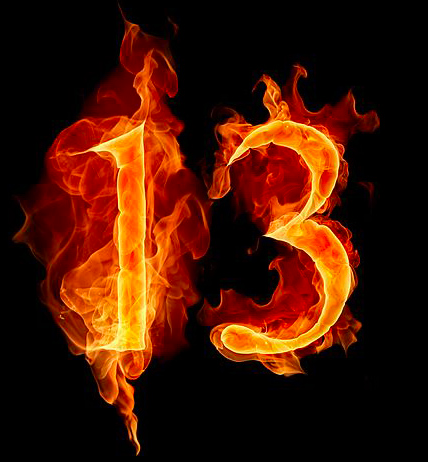 The Good, The Bad, and The Ugly

Megan Devine prompt inviting us to reflect on the number 13 (it being day 13 of the writing programme). I decided to be clever and think of 13 things I had learned. Then categorised them according to the little ditty.

Thirteen things I have noticed since being widowed – the good, the bad, and the ugly

1. Even when those I considered to be tried & trusted friends disappeared off the radar, new friends appeared – some of them people I barely knew, and some of them people I didn’t even know existed. Some of the ones who disappeared made a brave comeback and I learned that it’s worth keeping my heart open for them. So yes, “grief rearranges your address book”, but doesn’t totally empty it

2. New interests, new skills, new passions emerge. Some go away forever. I don’t care to run a road marathon again in this lifetime. I had one planned for my 50th birthday, and instead, Mike died, so I didn’t do it. And I don’t care now whether or not I ever run more than 21 km again. Like friends, some interests disappear for a while then come back – different, changed, but essentially the same. And new ones, like open water swimming, or playing in a saxophone orchestra, emerge.

3. Sex, or rather, really decent love-making, can also make a comeback. And more importantly, still be good. Or excellent. There’s nothing to fear. If you had a good sex life before loss, there’s no reason why it can’t be rockingly good post-loss.

5. I have become adept at accepting others’ offers of help. I hear them right away and accept them.

6. And best of all, and to repeat what I said at Julia’s funeral, “You will not catch death from me. On the contrary, you might catch life from me”. I know that I know how to carry on living, and for that I am grateful.

7. People I have known for years avert their eyes, look the other way, and cross the street, far too often. And I am okay with that. After all, it’s EXHAUSTING to try to answer the apparently simple, “How are you?” There is no fully honest and complete answer to the question that doesn’t take at least five minutes. So if I avoid an encounter with someone who doesn’t feel able to spend that time with me, then that’s okay for me too. And it’s sad.

8. I have had about five or six dinner invitations in two and a half years. Normally I (we) might have had 20-30 in that time. Oh – don’t get me wrong. I have probably had 200-300, “Oh – I will invite you over some time”. “Let’s fix a date to go out for dinner”. “I would lurve to have you and the kids over sometime for a curry/ice-skate/walk/play/show….” But bona fide invitations for a real and proper meal at someone’s house? About five. And those five have been with three people. I hope they know who they are. And of course, I have turned down invitations – never a dinner that’s been fixed at a house mind. Just the hypothetical potential one day perhaps maybe we might get our diaries together kind of turning down.  AND, one woman who has become a very reliable friend post-loss has consistently dropped complete and nutritious meals on the doorstep – so to speak – (there was Tupperware involved so it was hygienic). So very appreciated.

9. Additional pain on top of the primary pain (of losing Mike) is devastating. Learning that a child has been diagnosed with Mike’s genetic Lynch syndrome. Finding a lump in my breast. Taking kids to university or school. Attending a wedding or two. Going to a funeral or three. Julia depressed, cutting, suicidal, out of school, in emergency services, in psychiatric units, taking her life. Realising I am still expected to breathe, to feed a cat, feed a dog, walk the dog, arrange for a funeral, a cremation, a family holiday, and so much more… it’s immeasurably harder without support. And most of it gets done. Somehow. After a fashion.

10. I didn’t know I would become an expert for others’ own grief quite so fast. I sense I am the “go-to person” for new widows in a pretty large catchment area. I am also the “go-to person” for some people’s struggling teenage daughters. It’s not that I don’t want to help. I do. It’s just that I only know my stuff. I don’t know anyone else’s stuff. And usually the requests come from well-meaning friends of the new widow, or the mum of the struggling daughter. And all I can suggest is, “give them my details and have them know they can call me any time”.  They rarely do. I just hope they get other support.

11. My behaviour is still unrecognisable to me. Let’s leave the edginess aside. I am extremes of my former self. More introverted. More tolerant. Less tolerant. I don’t recognise myself.

13. Warm fuzzy shock wears off. The protective bubble wears thin. Pain emerges like the light of a bicycle dynamo coming on. Slowly, barely visible, barely feel-able at first. Then brighter and sharper and stronger. And it doesn’t go off. It doesn’t go away. They say that love is eternal. Lasts forever. Infinity. Maybe. And if it does, so does grief.