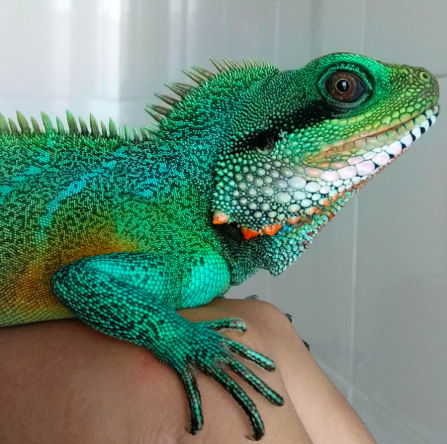 I am often stunned by how much projection there is around, even though, as a mere mortal, I engage in it all the time myself. Of course there is projection! The world is complex and messy. It’s all we can do to put meaning on it by interpreting it through our eyes, values and experiences.

“We do not see things as they are but as we are, because it is the “I” behind the “eye” that does the seeing”. Anaïs Nin.

Or if you prefer, the Talmud.

Quotes similar to this are attributed to myriad sources.

I had harsh words with a friend this week who I felt “should know better” because of her background and training. We met for lunch, and she started off by apologising for not having attended Julia’s funeral. She had been going through a difficult time herself. Fair enough.

But then after asking “How are you?”, a question I avoid like the plague, and have tried to train people not to ask because there’s never a suitable answer to those three apparently innocent words, (ask instead, “how are you in this moment?”), she launched into statements I hear too often.

“You’ve had so much to deal with”
“I don’t know how you cope”
“I don’t know why you’ve been handed all of this”
“You must be learning so much, making leaps and bounds spiritually”
“I don’t know what it is for, but you must be being prepared for something”
…and something perhaps to the effect of coming back in my next life a much more evolved spiritual being…

I put up my hand to her and said, “Stop”. And did my best to say, more or less kindly and patiently, “Stop. Just stop. That’s all projection, your belief system, your value system, your need for me to be okay, your need to make sense of everything that’s happened. Just stop. All it tells me is what you need, whether for me, or for yourself”.

She stopped. She saw what had happened and immediately apologised. For which I am grateful.

And I explained as best I could about how painful these statements are. Not least, the focus is on the person making the statements, (not on me, which I believe to be the intention).

It backfires. Whether this friend or anyone else, I know you mean well. I know you intend to empathise. But I don’t experience it as empathy. It grates. I feel like a reptile that’s puffing up its belly and chest for protection and combat. My jaws clench. I brace myself.

Another thing I have heard regularly in the two-and-a-bit years between Mike’s death and Julia’s death was, “Surely you’ve hit rock bottom. You’ve had so much. It can’t get worse”.

Well it did. It got worse.

And more to the point, it could get worse yet. I am very aware that I have much more to lose. More trauma could bash up my fragile life. I sincerely hope it doesn’t. But it could.

Saying nothing more will happen to me just sounds like a lie, and feels like a swishing of all the crap under the carpet. And tells me you couldn’t deal with me/you having any more distress. Which is back to you.

It is hard to explain other than to say, “those are your words, your feelings, your beliefs, not mine”. You’re not really asking about how I am experiencing all of this. If you want to know how I am, and are interested and curious about my experience of the last horrendously hard days and months and years, then your statements, feelings and beliefs should come after my words, not before.

And a few, “I’m sorrys” or “I just don’t know what to says” work soothing magic. Soften my belly. Allow the protective ruff to settle back down. Calm my amygdala.

There is no need for anything else. Just presence and attention and accompaniment. Simple. Deceptively simple. Requiring enormous self-awareness and self-management. Which is hard.

Try to just be with what is. Hard and seemingly impossible as it is.

It just is what it is.