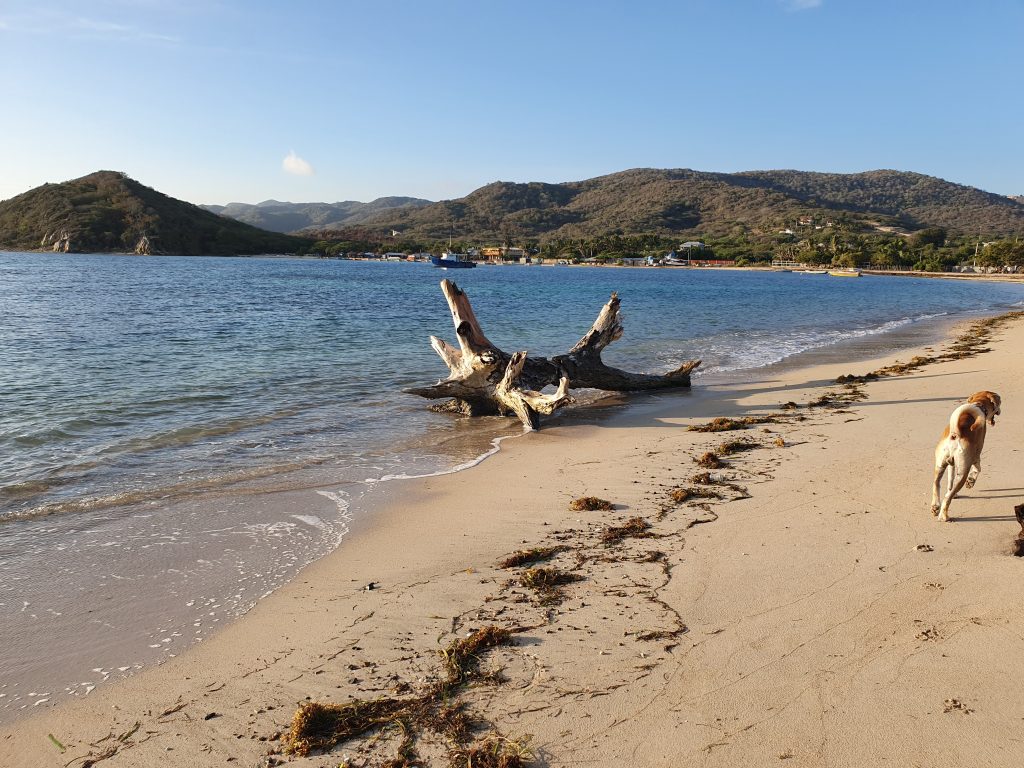 We (the new “we”; yet another new “we”) are in the Dominican Republic.

A time and space out of space and time.

Time to re-remember this all too familiar phase of life after death.

The first days and weeks and months of a “new grief”. Let’s write it “Grief” with the capital G that it deserves, that it requires. Where the mundane, inane, harmless banality of others’ “normal lives” clashes violently with my own.

Where routine questions feel as harsh and unwanted as sandpaper rubbing on skin, a bucket of salt water over the face and mouth, a grating of fingernails against a blackboard, or staring straight at the sun for minutes at a time.

Just questions. But there’s no “just” about questions when you get the honest, unvarnished answers.

Taking an Uber ride in Santo Domingo. When I use Uber it’s invariably been during our holidays. I love Uber drivers. Almost without exception I sit in the front with them, allowing my kids to relax in the back and not to have to make conversation in weird and wonderful languages and feel awkward. (I know, I shouldn’t protect them so).

With my mushy clutch of modern languages, I seem to be able to engage semi-coherently with them, whether we are in Europe or the US or Latin America. Or more to the point, wherever the Uber driver originates from.

On a ride in Santo Domingo then, being driven to the Botanical Gardens, the driver asks me, rapid fire, “Where is your husband? Why are you travelling without a man?”

These questions take me right back to 1987, travelling around Turkey with Bryony and Victoria; and 1988, travelling across North Africa, from Casablanca to Tunis, with Bryony. Sometimes hitching lifts, but mostly when dealing with authorities, bus drivers, campsite managers, etc.  The questions feel archaic. From the last millennium. (They are).

My answer now is less aggressive than when I was 20, but much more shocking. Back then it was, “Why would I need a man to travel with?” Now it’s just a factual statement. “My husband is dead”.

Now on the northwest coast, in a tiny place called Buen Hombre, we are learning to Kite Surf. Long unspoilt beaches, good wind, hammocks gently rocking in the breeze. Ben and Megan game to learn. Me motivated because it’s a sport Medjool loves with a passion, and because, hey, relationships for me have always been additionally nurtured through physical and other pastimes, and learning one another’s sports facilitates this. I (sort of) learned tennis for Mike. He (better than sort of) learned skiing and orienteering for me. And totally went beyond me when we both learned to snowboard and mountain-trail run.

“How many children do you have?” Three.

“Where is the third?” Ben and Megan are my two older kids, and I have a third child, Julia. She is not here because she died by suicide just a few weeks ago.

Present tense, both for “husband” and for “how many children”.

If I am asked, “how many siblings do you have?”, I say (nowadays, 3 ½ years after Edward’s death), “I am one of five kids. Four of us are alive today”

Present tense is the only way I can say it.

Otherwise it feels like I am choking on poisonous lies.

And yet another impossible question:

Idle conversation with other guests chilling out here in our Kite Surf paradise… No other families, just singlies and couples coming to kite bum for a bit.  Making pleasant chit chat. Meant to be easy. Except it’s not. Probably harder for them once they get to grill me a bit.

“So, you live in France. What made you decide to come here for your holidays?”

That story is all Julia. There is no answer other than, “Julia, my third child, chose our destination. She’s not here. She died by suicide a month ago”.

We are here because childhood friend Johnny suggested, five years ago, while we were walking around Mont Blanc in the fog and sleet, that our kids needed a damned good beach holiday for a change. And he knew just the place – right here where he lives in the Dominican Republic. And yes, he could engineer some volunteering for us too, so as to meet Mike’s & my wish for the kids to volunteer in Africa, Asia and Latin America before they left home.

I no longer endeavour to protect the questioner by providing “safe”, “sanitised” answers. I don’t offer my answers aggressively. I just say it the way it is. The whole backstory comes tumbling out.

A torrent of life and death. And love. And loss.

The listener is stunned. Silenced.

I just keep talking so they don’t have to say anything. So they don’t make callous mis-steps.

And finally, just this morning, an impossible question from a dear and sensitive friend who knows how much I love music, and the cello in particular.

“Have you come across the Kanneh-Mason family? I have only stumbled across their music recently …. especially Sheku and his cello have such a powerful impact……”.

Yes. I know Sheku Kanneh-Mason and his cello. We played his version of Hallelujah at Julia’s funeral. The funeral that should never have been.

Julia played and sang Hallelujah on the piano numerous times the day she died. KD Lang’s version of the song also featured, to honour Julia’s strong and rich voice.