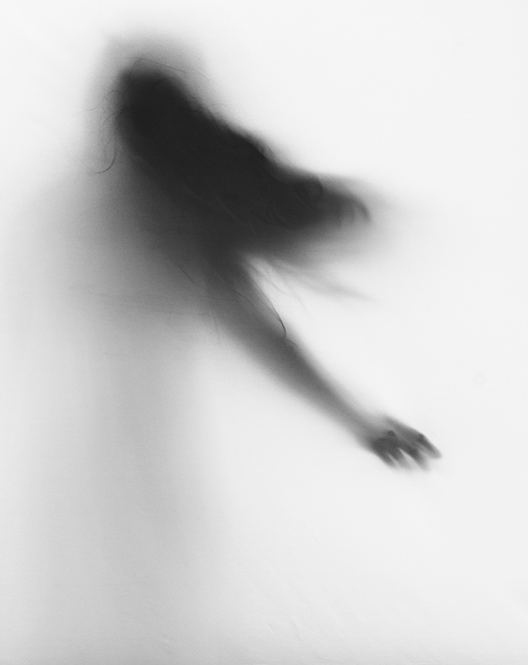 I had broached the subject with you early on about not staying overnight at the hospice.  I had felt torn – wanting to be there for you, yet knowing we had three kids who needed me at home.  I had anxiety about your anxiety. I was usually the more anxious one, the one who tossed and turned in bed at night.  You always slept the sleep of the innocent.  But at the hospice you started to sleep more poorly, had anxiety in the middle of the night, worried about the French health authorities coming to cut off your oxygen machine as you were in Switzerland (different health-care systems), worried about the electricity failing (despite knowing there was a back-up system at the hospice).  You were not afraid to die, but you didn’t want to die gasping for air.

You said calmly, “Go home at night.  I am okay here”.  We got the oxygen sorted, I was upfront with the French health authorities about where their machine was and that they would come to my house with oxygen canisters, which I would transport into Switzerland.  The car insurance people also needed to be informed.  I did it all – kept everything legal and above board.  The things you never know you’ll have to do as someone is dying.  All the extras you cannot even begin to foresee.

I still fretted about not being there for you at night and realised it was because I didn’t want you to die alone.  I wanted to be there with you, which meant you needed to die in the daytime.  How likely was that?  I knew the research (real research or street wisdom I don’t know) that most people die in the very early morning, before dawn.  I wanted to be there with you – for you, for me.

I talked to Romaine, one of the most experienced volunteers at the hospice, who I admired, revered and felt nervous towards in equal measure because of her competence and experience.  She was able to handle the hospice almost single-handedly.  I’d done shifts with her when I had been a volunteer there after my brother’s death, before any indication that Mike would end up in the same hospice.  She’d seen death so many times.  Not just hospice residents, of course, but two husbands/partners.  And barely a few years older than me.  One of the most grounded, optimistic, competent people I have met.

I said, “I am scared to go home each night in case Mike dies, but I need to be at home too for the kids, and for my own sanity”.  Her questions and comments were targeted, precise, laser-focused: “Does he want you there when he dies?” (I don’t know! We haven’t had that conversation – and now it’s too late to have it). “Well.  If he wants you there, he will die in the daytime, and if he doesn’t want you there, he will die at night time.  Simple”.  End of conversation.

I tussled with her comments.  Really? Mike was already in and out of consciousness.  But no-one could/would tell me “how long he was likely to have”.  Turned out to be about a week.  So I went home each night, with the hospice knowing that my request was, “If Mike ever calls for me, ever asks for me, whatever the time of night, call my home number and I will come immediately.  If, during the night, you see that Mike is clearly end of life, then call me.  And if you find that Mike has died, quietly, then don’t call me between midnight and 7 am – (when the kids leave for school).  Wait till 7h00 then call.  There’s nothing I can do if he’s dead, and I don’t need the added trauma of a middle of the night phone call, and then the kids waking up and seeing their mum has gone”.  Those were my instructions to the hospice.  I needed to reduce the pre-shocks to a minimum.

I asked the volunteers how long you had been like that but they said they didn’t know – You had been breathing like that when they went in.  I asked Annie, the “coordinatrice” on duty.  She said it had been like that since she’d started at 7h00.  I got into your narrow hospice bed, just lay with you.  Talked to you, told you I loved you, love you.  Wept.  Sang some songs softly.  I was there for ages.  Hours. Volunteers popped their heads past the door a few times to check if you or I needed something, but saw we were peaceful together.  Anne-Marie, the hospice founder, came by – the woman who so generously said that so long as we covered your medical costs, she would cover the hospice costs (not being insured in neighbouring Switzerland). She looked at me and just nodded – so much conveyed in that look without words. She left to go back to her weekend.  She was typically not around on weekends so later I realised she’d come in for me, for us.

At about 13h15, a volunteer came to get me and said, “come, eat”.  I am unique among people I know in that I never lose my appetite.  I am a good eater.  I have had gastroenteritis and still been starving for roast chicken.  I joined the team for lunch.  Always simple and delicious – homemade soup, salad with Genny’s magic salad dressing, beautiful French cheeses, brown bread.  I ate, I chatted, about what, I have no idea.

I went back to your room before 14h00.  Your breathing was the same.  I got back into bed with you. I talked some more, whispered some memories, told you how it was okay for you to go, that I would always remember you, always honour you, always love you, and that I would be okay, we would all be okay.  Without you.  We would be okay without you.  I said, “Thank you thank you thank you for what we have had.  I wish it wouldn’t end, but I am so grateful for everything we’ve had”.  I had said all of these things so many times to you.  Always.  Throughout the decades, particularly our last one together as I became a more grateful person, wiser, older.  More aware that we had something unique together – an exquisite, balanced, loving, respectful partnership in every sense of the word.  Even the kids had become aware of how our relationship was different to most of those they saw around them.

I dozed off.  Warm, cosy, your raspy breathing accompanying me.  And then I awoke to silence.  Total silence. Deafening silence.  I was petrified.  My immediate thought was, “You’ve died and I wasn’t even aware!”  Then you breathed…. Long pause…. You breathed.  I rang the buzzer.  Annie came in – I said, “Listen – his breathing has changed – he’s stopping breathing”. She said calmly, “C’est l’apnée de fin de vie” (it’s end of life apnea).  I said what felt to me like very abrupt words: “Please leave. Go. Please leave us”.  Hospice workers see all sorts of behaviour in the dying and the dyings’ loved ones. She left.

I propped myself up on my elbow, stroked your face, your hair, put my cheek next to yours, held your hand, wept silently… It was unbearably painful – those last breaths.  I didn’t know if it hurt you – I didn’t think, couldn’t think.  And then, nothing.  No next breath.  No next breath!  Come on… please!!!  Silence…. For too long.  That was it.  All over.  I knew it was all over.

I lay with you, in the new, unnatural, crushing silence. Then after a few minutes I pressed the buzzer and Annie came back.  I had noted the time you died.  15h05, Saturday 8th April 2017.  Annie asked what I wanted to do.  She said it was all my choice.  So long as I knew when Mike had died and they noted that, there was nothing more to do.  No urgent formalities.  I knew that the doctor, Laura di Pollina, would come and she would trust us with the time of death.  No rush.  Of course no rush.  You were dead.

I remember appreciating that space, the non-rushing.  I just stayed with you, lay with you.  Annie left again.  This would be the last time I lay with you.  Oh pain pain pain.  The last time.  I would eventually get out of bed but I don’t remember doing it.  I would eventually leave the room but I don’t remember that either.  Anne Marie came back.  Laura the doctor came.  We did some of the necessary formalities.  I apologised for upsetting their weekends, and they just looked at me, held both my hands, and I saw they had more tears in their eyes than I did.

What a blessing to be at the Maison de Tara.  You were so right.  It’s the only place to die.  It’s where I want to die.

Anne-Marie asked if I would like to help with the washing of you.  I knew I did.  And so we washed you together.  Gently, respectfully, tenderly.  Knowing this would be the last time I washed you.  She advised that I leave for part of the process.  I knew what she needed to do.  So Annie and Anne Marie did whatever they thought might be distressing for me.  And when I came back you were dressed in your clean clothes, chosen by me.  Soft reddish pink Fat Face top – one of your-my favourites. Jeans.  Looking just like you.  But dead.

I don’t remember much more of my time at the hospice that day, but know that I spent a few hours in the garden, with the daffodils and tulips.  I only contacted your sisters.  I didn’t go home.  I couldn’t go home.  I knew what my kids were up to.  Ben had a big concert that night with the OHPG orchestra, and had said, “if Daddy dies today, I don’t want to know before the concert”.  So I couldn’t go home or I would have to tell Ben.  He’d see it on my face and I wasn’t going to lie.  So I bided my time and went home after 20h00, once Ben’s concert had started.

I sat with Megan and Julia on the sofa in the lounge and told them, but have little recollection of how that conversation went.  I think we just sat and held one another for a bit, then carried on with our evening.  I sat at the kitchen table until Ben came home at 23h00, and then told him.  We talked for a bit, about his concert, about dad, and he went to bed soon after.  And then I wrote to friends and family.

A chapter closed and a new one, a very very long one, indeterminably long, opening.  So much more came after, has come after, but that’s for another time. It’s taken me hours to write your last hours.

5 thoughts on “Your Last Day”