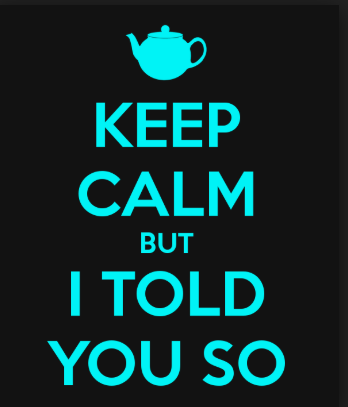 Maybe Mike Was Right All Along

Quite a few years ago I decided “not to do guilt”.  It’s served me well.  At risk of sounding like a psychopath or a narcissist, who also apparently do not “do guilt”, I am sure I have saved hours and days, possibly weeks, of my time. While I can feel less than squeaky clean at times in terms of my behaviour, (be it that I have been a bit short with someone, failed to return a call, had a(nother) glass of wine, not gone cross-country skiing when it’s glorious and I probably could just about eke out the time), generally I believe in accepting my short-comings and treating myself with kindness.

(Well, of course we had unfinished business, not least finishing raising the kids, seeing them graduate from school, get to university, maybe graduate again, enter committed relationships, have kids/become grandparents, travel, retire, live together a few more decades).

I can only remember two significant arguments with Mike. I know there were more. There have to have been. But only two stay with me. One because Mike put his foot down and got his way without having to compromise one bit, without budging one iota, which he usually did, being a peace-loving, easy come easy go kind of guy.

This argument was about the naming of our third child. We’d let Ben choose his first name (yes – really – a story for another time). Megan was a name I had always wanted to name a daughter. But we hadn’t managed to conclude a final name, whether male or female, for our third child.  And since we never asked about the sex before our babies were born, we only had a matter of 5 days to choose (French law).  Of course, we had a short list which included some nice names.  But I totally misread Mike’s, “Hmm… not sure”.  They hid profound disagreement, not just light ambivalence.

If we’d had a boy for our third child, I seem to recall that Josh was to be the most likely name. For a girl, I had wanted to name her Allegra or Olivia. But whereas Mike had said “Hmmm…. Not sure” for months, in the days after her birth he said a resounding, “NO and more NO”, to both names. I conceded pretty early on as regards Allegra (after all, it sounds foul in French even if its meaning is so glorious).  But Olivia? I thought the name was gorgeous and ticked all the criteria, one of which was “sounds good with her last name” and the other was “sounds good in myriad European languages”.

Mike wouldn’t have it. He wouldn’t budge. He could be a stubborn old mule. Basically a calm, harmony-seeking person with an inner core of gritty steel (classic Enneagram Type Nine with Eight Wing to anyone who likes that system).

Me: “No she won’t.  Girls called Olivia don’t get called Olly. Boys called Oliver do, but girls don’t”.

Mike: “Yes she will. And I am not having an Olly in the family”.

Me: “What is so awful about Olly anyway?”

Mike: “Well, when I was a kid there was a boy in my class who was horrible to me, and he was called Olly”.

Nuff said.  Mike got his way.  We worked through the Baby name book, literally starting at A, and reached JULI… before we could compromise.  (I still think she’d have made a good Olivia, but she makes a good Julia too).

Mike seemed not to be getting as irritated/worried/irate/frustrated as me. That was often the case in our relationship, but for this topic, I wanted him to be just a little bit more concerned than he seemed to be. Even if he hadn’t grown up “on the continent”.  After all, there was masses at stake, and we couldn’t influence a thing! “Let’s at least worry about it!” (Normally I am an ardent believer in quickly determining whether or not worrying will be a good use of my time.  I almost invariably decide it won’t be, and can simply choose not to worry… a skill I am grateful for. But it didn’t work for this big topic).

Me: “Mike – it’s big. It’s scary. They could all decide to leave. The opinion polls look really close”.

Me: “I think you’re being really complacent. Why aren’t you worried? People do stupid things in referenda. People don’t know the issues. It’s complex stuff and it’s not just about bananas”

Then – shock horror for both of us on the morning of 24th June 2016, and waking to the news that Brits with a vote had chosen to leave a union that had contributed to “71 years of peace in Europe”.

I am sure there were a few “I told you so’s” from me to Mike, but we were both in deep shock. Seriously flat.

Mike eventually said, “I don’t buy it… it won’t happen… Britain won’t leave the EU. Let’s keep working to get our French citizenship, because it’s the right thing to do.  But Brexit won’t happen. When push comes to shove, they just won’t”.

Yesterday and today I am starting to believe that maybe Mike was right after all. I’ve been asking for a miracle in my life. Perhaps this is some divine intervention.

Perhaps he’s watching what’s going on, and now is the one saying to me, “See lass, I told you it wouldn’t happen”.

I really hope so.

2 thoughts on “Maybe Mike Was Right All Along”