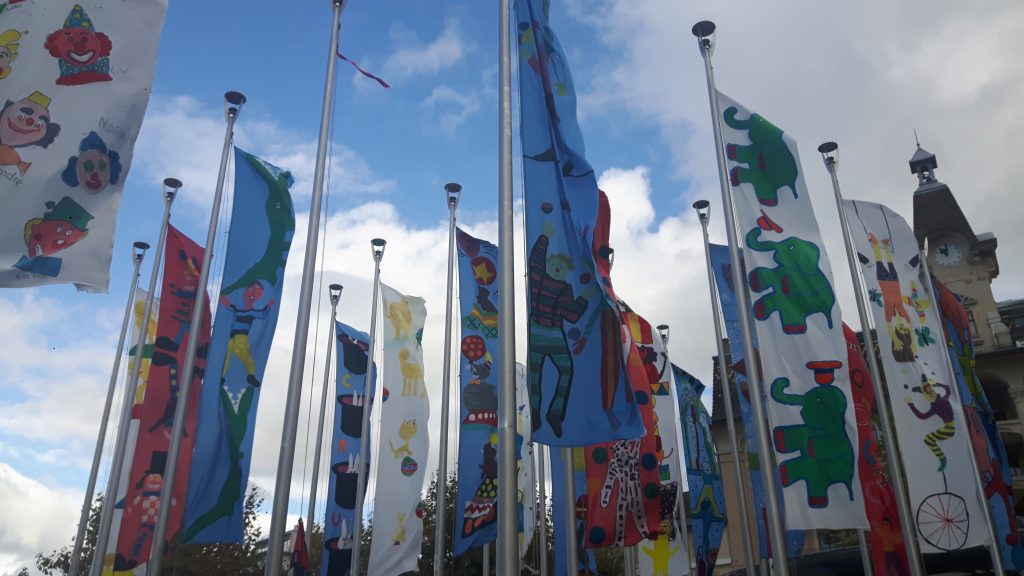 I just looked up the definition of the word “Celebration”, not because I don’t know what it means, but because its common, everyday use, seems inadequate. Inadequate in my current life.

“The action of celebrating an important day or event”.

Also, “A social gathering or enjoyable activity held to celebrate something”.

At this time of year, Mike and I always liked to celebrate our “going out together for the first time”. (Yes – it’s a mouthful, but I can’t quite use the word “date” – it just feels wrong to my still Britishness).

It was 22 October 1987. I invited Mike out because, clearly, he wasn’t going to be asking me out any time soon. And then, because it took us forever to get married (I wasn’t doing the church thing), we celebrated our “going out together for the first time” anniversary for all the nine years before we got married. And continued all the years after we got married too.  Up to and including year 29 in October 2016. 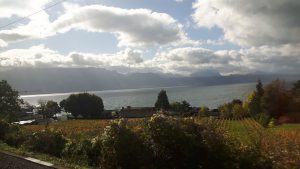 “Celebrate” for us usually meant “posh meal out in nice restaurant”. Both foodies, we ate out as much as we could (time/money/childcare permitting), and of course some meals out were more special, more meaningful, than others. We aimed for four special meals out a year – our birthdays, our wedding anniversary, and our “going out together for the first time” anniversary.

This week two years ago, Mike’s insistent tugging sensation on the right side of his tummy led him to have some scans done, and on Friday 28th October 2016, the first of many bad pieces of news emerged. There were lumps in his liver. More scans were needed.

Two days later I ran the Lausanne semi-marathon. We had both been registered. We had done it quite a few times over the years – running together but apart – Mike usually some 10 minutes ahead of me, just about through the finishing channel to be back around to the sides of the last few hundred metres in time to cheer me in.

In 2016, Mike had been registered but didn’t run – his symptoms had started a few weeks prior, and he’d found some of our longer training runs pretty rough. For good reason as it transpired. With hindsight, that I had been nipping ahead of him on the uphills should have been a big warning flag. He was always faster than me. 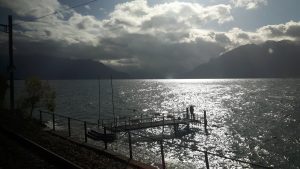 I went alone to Lausanne.  I was registered after all. It’s an event I love, a good distance to get prepared for, usually amazing autumnal weather and scenery, up through vineyards all glowing yellow and orange, facing into the afternoon sun, Mont Blanc gleaming in its outrageously enormous whiteness, and the blue of Lac Léman glistening below. And I loved the link we had created over the years for celebrating “us” with this event.

But it’s a different story doing these events alone. It’s lonely heading off to an event like a semi-marathon, coming into the finish, then just heading to the train station to get home. No fanfare.  No warming hugs for my sweating but quick to chill body. No-one handing me a change of clothes or gloves to stop my fingers from turning white. 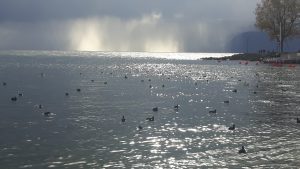 I found that 2016 semi-marathon particularly tough. The weather was glorious, but I slipped in and out of my appreciation of it during the build-up to the run, and during the run. I was worried – worried sick. If Mike’s diagnosis had not been significant, I might not particularly remember that day, 30th October 2016. But because of what happened afterwards, it became a turning point.  The day where I didn’t really know what was going on, but sort of knew it was something, and wondered what was to come. A day of unknowing.

Just days later the news became very clear. With hindsight, I was in a rare and almost pleasant bubble of unknowing.  No – I can’t say it was a pleasant unknowing. I was anxious, apprehensive, most definitely nervous. But I could still calm myself and appreciate the day, the run, the scenery, the sights and sounds, most of the time. And in contrast to what came next, it feels like it had to have been quite pleasant. For me, unknowing creates anxiety; and I liken anxiety to a swarm of pesky wasps – just irritating and annoying, energy-sapping and distracting.  But the knowing of bad stuff blasts those wasps out of existence, converting life as I know it to a pile of rubble. The floor drops away. I have an image of the Twin Towers collapsing. A present and a future blasted out of existence.

But sucker for punishment – or painful celebratory honourings – the Lausanne semi-marathon has become an event in my diary. I don’t tend to stay trained up for semi-marathons. I don’t stay that level of “fit”.  So it’s something I have to prepare for, train for.  It’s an event to mark. To mark the time of year, to mark us, to celebrate us. I have made a semi-explicit intention to do the Lausanne semi every year that I can, for as long as I can, to celebrate “TFTWWOT”. (Still a mouthful)

Last year, 2018, was 30 years. Would have been 30 years. Without a shadow of a doubt I knew I had to do it – to celebrate (this is where the word feels wrong), to honour us, our getting together, our being together. Mike’s sister Helen had come over. She and I went for the posh meal together. Without Mike. It was hard. In the little restaurant in our village where we had had a number of our October anniversaries.  And where we also “celebrated” Edward’s life. A hard restaurant to be in. But the only restaurant to be in.

After the big posh meal, the next day, I went to do the semi-marathon. My sister Laura, sister-in-law Helen, and former au pair Poli, all came to see me into the finish. I came in sobbing, crying. I don’t know how I could breathe and run and cry and sob at the same time.  I don’t encourage it.

Tomorrow I will do the event again.  31 years this week since we first went out together. Two years since our particular twin towers collapsed.  And no-one at the finish for me, I don’t think. Though who knows.

I’ll enjoy it. I’ll make sure I do.  And I have set up a Go Fund Me page to raise money for the Maison de Tara hospice, which will motivate me to get out there in the chilly rain.  And finish.

Celebrating alone feels weird. It’s not the right word. Honouring is closer. But I want it to feel like celebrating. The word feels more expansive and outward, more emotional and heart-felt than honouring, which feels more inward, more cerebral, less noisy, less visible. I want the fanfare for Mike, for us, for “the first time we went out together in 1987”. I want the noise and cheers. I want the smiles and clapping. I want the calling out of my name. I want the whole damp and sweaty ambiance of a big running event.

Even if it will end in choking sobs and tears.

And for anyone wanting to donate any amount for the amazing hospice… here’s the link: