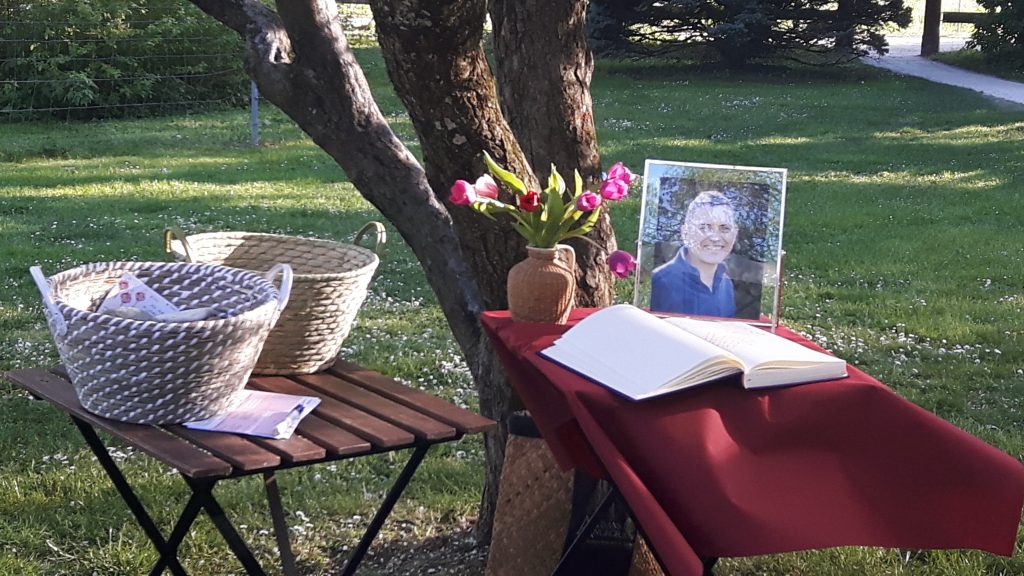 It doesn’t have quite the same ring, does it?

I met a man recently.  Let’s call him Fred.  He’s 51 (like me), he lost the love of his life (like me), he has 3 teenage kids (like me), who are all over the map, metaphorically (like me) and though not physically (unlike me but hey, things can change fast with teenagers).  As he introduced himself, he said that in the past couple of years he’d been to Four Funerals and a Wedding.  Sort of like the film but not really.  No, not at all really.  All out of whack.  Back to front.  Or just a sign of things to come.  I suspect that my grandparents went to more funerals than weddings in their last decades of life.

As I reflected on his introduction I realised that I too had had “opportunities” for Four Funerals and a Wedding.  I say Opportunities because I didn’t go to Don’s funeral but went to the Celebration of Life that was held the next day – in September 2015.  I didn’t go to my brother Edward’s funeral because, oddly, we didn’t have one for him.  But I went to his Celebration of Life in July 2016.  I went both to my husband’s funeral and his celebration of life in April and July 2017.  And then just before New Year 2018, I was invited to the funeral of my former colleague Xavier, who had got ill and died within weeks of any symptom arising.  Just hours before heading to Annecy for the funeral, I realised I simply couldn’t go.  Could Not Go.  Not without a beyond-me-at-the-time effort to pull on full body armour of steel and more.  And by the time I had bolted it all into place, I couldn’t breathe.  Nor move.  Let alone drive.

So, shame on me, I Whatsapped his wife, Isabelle, explaining my conundrum, who responded, “Of course”.  Others get me before I get myself sometimes.  Increasingly.  I like to say I practise Extreme Self Care.  And I do, at least compared with many people who are widowed, raising three teenage kids, working full time, and have a dog and a cat.  Population size bigger than you might think.  And sometimes people practise it for me, on my behalf.  This was one of those times.

Fast forward to Wedding season 2018, and I have attended two in the past 4 weeks.  Both in the UK which requires forward thinking, booking airbnbs, flights, cars and whatnot.  First wedding, for “Pilot Dude” and the Gorgeous Geordie nurse volunteer (now friend) Rachel who so beautifully cared for both Edward and Mike at the Maison de Tara.  And has cared for me and my kids since then.  Early 30s couple, a relaxed civil ceremony with much laughter and playfulness, in a beautiful location in the North of England.  More than just a few reminders of my special day with Mike, 21 years to the day before we cremated his still beautiful body.

I cried during the ceremony.  I cried more during the vows.  I cried while the celebrant read her lines.  And I cried oh so much during the father-of-the bride’s references to loved ones who couldn’t be there today.  The words were for their family, their lost ones.  But they could have been for me.  I felt they were.  I felt my courage, my sadness, my pain acknowledged.

It occurred to me in a blinding flash of the obvious that all marriage ends either in death or divorce.  I had never realised that before.  Even though it says so in the standard verbiage… “till death do us part”…  Well, yes – perhaps I knew it in my head, but not as a punch in the gut and as a stampeding over my heart.  If avoiding getting married would mean no death or divorce, I’d be the first to recommend it.  But it’s not that simple.

And so to yesterday in Oxford.  A breathtakingly beautiful summer’s afternoon and evening, and another beautiful, and painful for me, wedding, this time for a much-loved former boss and the new love of his life.  Both in their early 60s.  Second marriages for both of them.  Happy, healthy, yet absolutely aware of the preciousness of what they have found and begun to create together.  Aware of the knife’s edge called “health” that happiness balances on.  And fortunately for me, acutely aware of how hard it is for me to just show up and celebrate in others’ new found love when mine is lost.  (And don’t give me the “but your love for each other is still there” crap.  It’s not in the form I need it to be in.  It’s just not).