When I was in my mid-20s, a lovely TV series starring Adam Faith and Zoe Wanamaker came out. It was called “Love Hurts”.  The internet tells me it ran from 1992-1994. I don’t really remember anymore what it was all about. A forbidden, messy relationship, I think.  But in the days before the internet or even delayed action recording devices, I made it a priority to be at home in time to watch it. 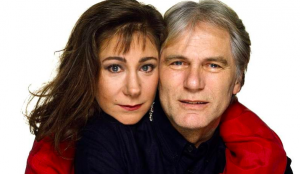 I think it was on Sunday evenings after my masters swimming training. I’d have swum up to 4 km in Barking pool, Mike would have made us a yummy fish dinner for when I got home to our small flat in East London, and we’d watch Love Hurts together. And I’d probably cry. I want to watch it again. I think. Adam Faith has since died – 15 years ago.

Yes – their love hurt. But ours didn’t. Or very rarely. Like when I told you I didn’t want to get married. And when you asked again. And again. And eventually I asked you.

But Grief mostly hurts. I don’t think a TV series called “Grief Hurts” would have quite the same draw.  Duh. Of course Grief hurts.

We say “good grief!” What the fuck is that supposed to mean anyway?

I just looked it up on urban dictionary – I like what they suggest: “unbelievable, shocking, something that is hard to imagine though seems to happen on a potentially recurring basis”.

I’d say that that is a pretty good definition of Grief, let alone good grief. Something that is hard to imagine though happens on a recurring basis. Yes. Perhaps “good grief’ and “grief” are one and the same. Perhaps all grief is good, so over the eons we have dropped one of the words. 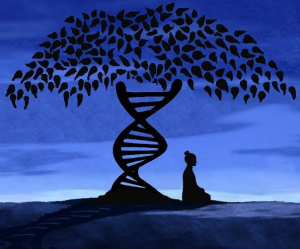 Grief is Love’s bedfellow. Bed partner. Fellow DNA strand. You don’t get one without the other.

You want not to grieve? Then don’t love. Simple. Easy. Till you meet your person.

You want your grief to end but still love your person, (the person who knew every nook and cranny of your body, personality, humours, tastes, preferences and everything else)? It just cannot be.

I am prepared to believe that Grief’s good hold will lessen. But it won’t end. Not unless I sever my love for Mike. Which would be tantamount to stopping breathing. In fact, that’s when it will happen. When I take my last breath. When I die. That’s when Grief – and love – for Mike will end. With my life. Not being over melodramatic or anything. It’s just that simple.

I’ve been in a funk these past two days. I’ve cried buckets (or at least a tea cup) and writhed in agonising emotional pain on an enormous airport hotel bed at Heathrow. Feeling sorry for myself? I don’t think it’s that. But just being IN my pain, the pain at my loss, the gaping hole, the chasm, in my body and spirit and heart and being.

After sleeping on and off for 9 hours (a first since Mike died), I spent today doing healing work around fear, anxiety and depression. Lots more tears. Hot tears slipping slowly down my hot cheeks, past my chin, down my neck. A constant stream.

Guided gently by a sweet man called X as I remembered a traumatic childhood event, I came to realise that I needed to update some core beliefs. Beliefs that have long served me well, kept me buoyant and sunny in the face of both major and minor ups and downs.

For a long time (I want to say the past 15 years or more), I have fundamentally believed that life is good and that I am safe.  I haven’t always been that secure. I grew up believing that fear is scary, that life is dangerous, that death is always close by, and that I couldn’t keep myself safe.

As I worked with X, I realised that my first set of beliefs were playing a big role again in my life, that they were more accurate now than they had been for decades. But they don’t help me live life fully. Though neither do my more buoyant, optimistic, Pollyanna-esque beliefs.

I need a middle ground, a meshing of the DNA belief strands. A fuller, whole-er set of truths to support me in my current life. Here’s where I got to.

I am safe in life and in death

I am safe in joy and in grief

My grief will not extinguish my joy

I feel like I have downloaded new software for Emma 2.0. It might need to be rebooted from time to time, and some bugs corrected.

Grief is good. And it hurts.